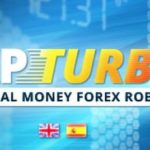 Almost two years ago, version 3.0 of the iconic Fapturbo forex robot was released. You do not know this, but FapTurbo was the first Forex robot in my life. It has a big role in that I still deal with Forex robots today. It is true that time has long passed by on that specimen.
Read More

Automatically copy these trades to your account! 1. 2. Try it free on a demo account, for 1 month! You should do the following to get free forex trading signal: Click here and open an ECN demo account at IC Markets at a minimum of $ 200. Register a free account at fxblue.com to your
Read More

I have long been familiar with Forex Earth Robot and its predecessor, the free Last X Bars. I ran it on a live account earlier, but it did not work out well. The reason for writing about it again is the extreme result that it has achieved recently. Of course, extreme risks are combined with the
Read More

I have not found a robot for a long time that I considered worthy of a presentation, but I just got some news about the FXAdept Forex robot and after I checked it, I found it interesting. They certainly know what users are afraid of, so the web site starts with the explanation that the
Read More

I’ve already tested one of the former robots of the Leap FX team, but it did not meet the expectations. Because of its strategy, I look forward to the performance of the Econ Power Trader as it trades the exchange rate movements generated by news. Other developers launched solutions based on this strategy previously, but
Read More

Recently, I received a notice that a new robot, the EOS Forex EA was launched. EOS stands for Empire Of Scalping. From there, it started to be interesting for me, because by its name, short-term, quick trading can be expected in periods free of volatility, in this case around midnight. I like these simple websites,
Read More

I have already mentioned that the behavior of Forex Cyborg is different on the diverse accounts of different brokers. This may be due to the fact that the exchange rates of the accounts, although minimally , do differ, since almost every robot uses price-based indicators in its operation.Therefore, it is worth trying on a demo
Read More

While browsing the internet, I found the Forex Cyborg Forex robot. I looked more closely at its statement, and found it interesting. Why do I like it? I did not find any signs on the live statement that would indicate grid or martingale strategies. Moreover, its monthly average result met my expectations. Floating was not
Read More

I think who’s already looked around on the Forex robots market, knows the WallStreet robot and its Asia version or the Volatility Factor, perhaps the Forex Trend Detector too. All of these products have long been on the market and some of them are also running on one of my live accounts. Now, the same
Read More

I received a new Forex robot, the Fluid Trader. It seems to be a gride robot. We can see enough bad results on its account statement that can be found on the web site. The drawdown went to the under the limit of tolerability on the demo account that can be seen there. The robot
Read More 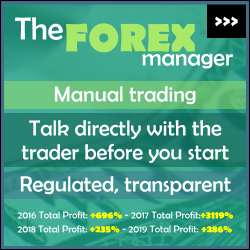